Last night AMD held a keynote livestream announcing their long awaited 6000 series graphics cards. Gamers and content creators everywhere have been on the edge of their seats for the past few weeks since AMD announced their 5000 series CPUs, waiting patiently for their new RDNA2 powered GPUs. As has come to be expected, AMD did not disappoint, announcing three new cards, the 6800, 6800XT and the 6900XT. These cards are direct competitors to the Nvidia 30 series graphics cards that were announced recently. Powered by RDNA2 and featuring ray tracing, infinity cache and fidelityFX, the new 6000 series cards offer 4k gaming over 60 fps with stunning visuals.

The 5000 series CPUs introduced a new chip design that allowed all cores of the processor to access a single large cache, and a similar design has been implemented in the AMD 6000 series graphics cards. This creates a global cache that can be seen by the entire graphics core, enabling data to be accessed instantly. This massively improves the bandwidth of their cards, offering up to 3.25x the bandwidth of 256 bit 16Gbps GDDR6. 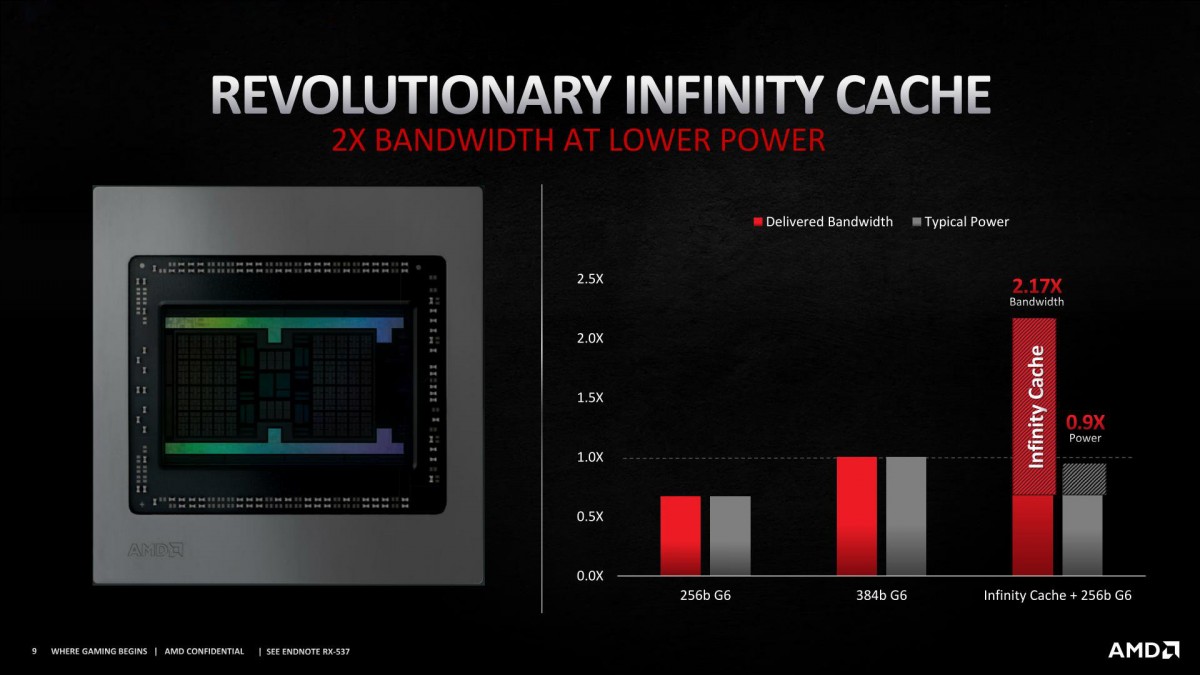 Introducing AMD FidelityFX, an open source image quality toolkit that consists of seven different solutions for game developers to use in their games that are optimised for both RDNA and RDNA2. It provides exceptional graphics quality with minimal performance overhead.

RDNA2 powered variable rate shading analyses luminance and the motion of frames to optimise rendering for optimal performance without any loss of image quality.

Optimized denoising to help improve the visual quality of real-time raytracing and other in-game effects. 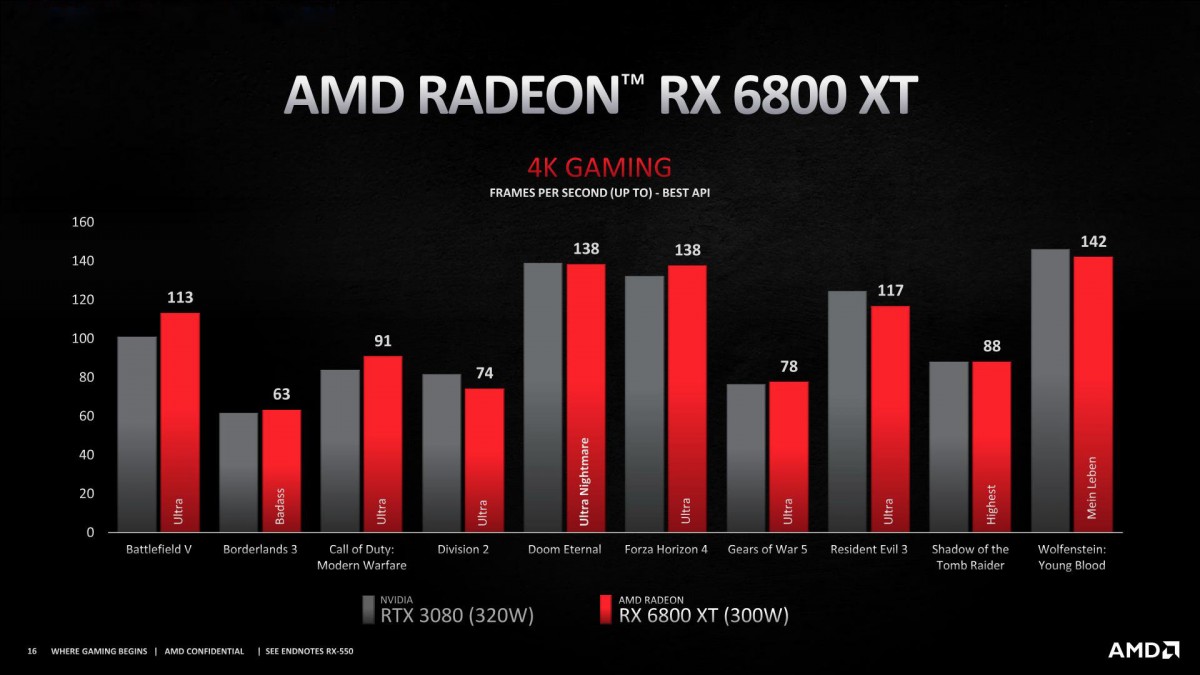 Next is their flagship card, the 6900XT. The price for this card is set to start at $999.00, a whole 400 USD cheaper than its Nvidia counterpart, the RTX 3090. This graph shows that the 6900XT offers comparable performance at lower power consumption and for a considerably cheaper price. 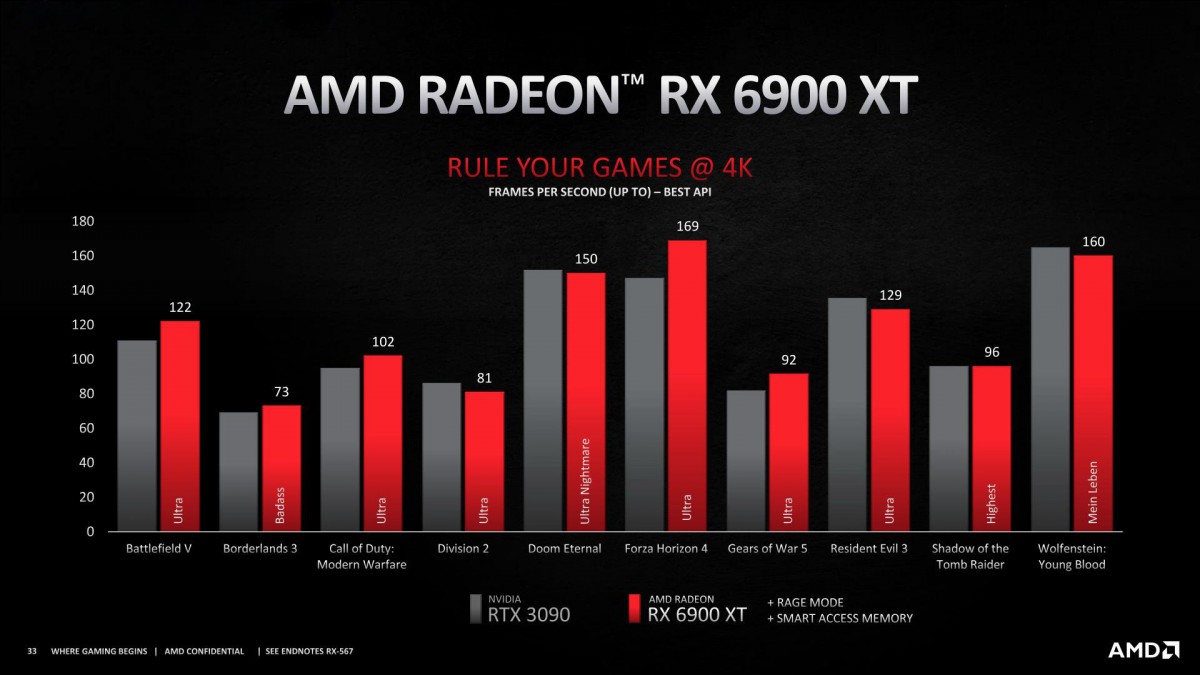 The graph includes that rage mode and smart access memory are enabled, but what exactly does this mean? Rage mode unlocks the power targets on the cards, allowing them to clock higher. AMD calls this a one click overclocking mode which allows the card to clock higher than it would in certain situations. Then there’s the matter of smart access memory. This requires an AMD 5000 series CPU, AMD 6000 series GPU and an AMD 500 series motherboard, when all three of these are present smart access memory can be enabled in the BIOS. This allows the CPU to access all 16GB of VRAM which reduces memory fragmentation and boosts performance. 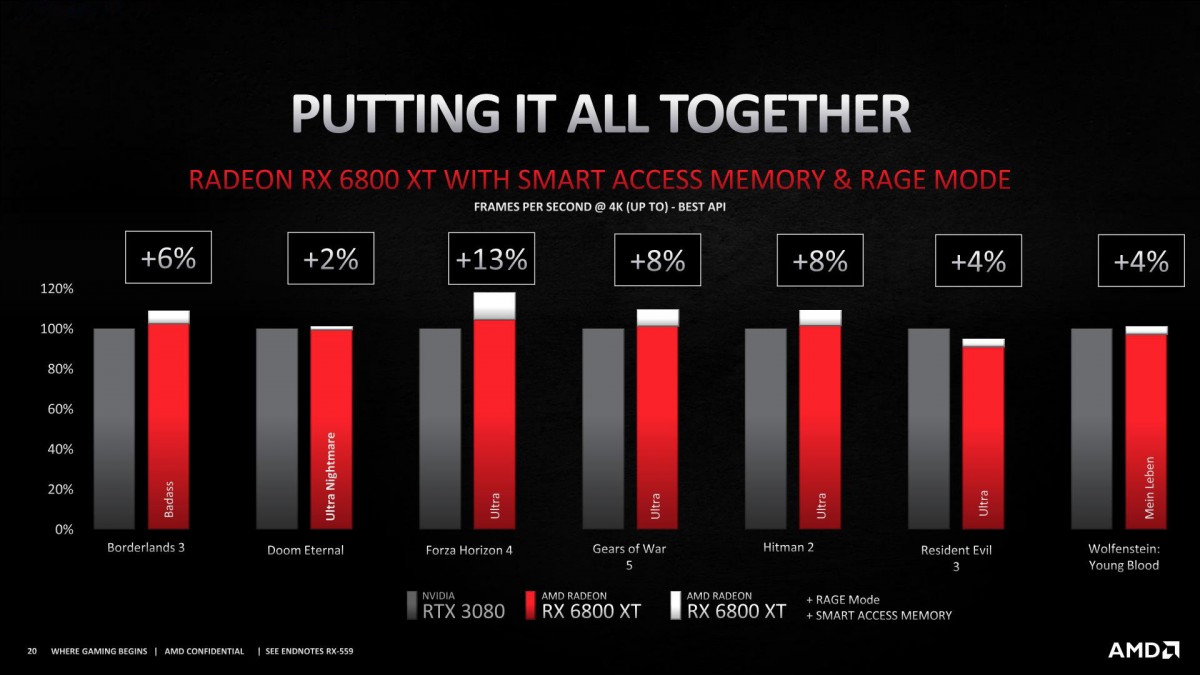 You can see from the above that the specs are quite impressive for the price, and are sure to be a big competitor to the newly released Nvidia RTX 30 series. Another achievement that the AMD 6000 series has over the Nvidia 30 series is that all their cards clock up to speeds over 2GHz, whereas the Nvidia 30 series had to be clocked below 2GHz as they were having issues resulting in blue screens and crashes when reaching or going over 2GHz.

AMD Back On Top With New Processors A new machine-learning-based CAPTCHA solver has been developed by researchers at the Universities 0f Georia, Arizona and South Florida that claims to solve 94.4% of 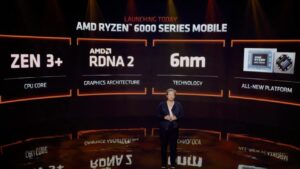 AMD Back On Top With New Processors 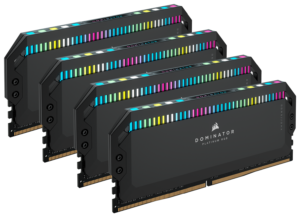 It’ll be a while before any is available in SA, but the new Corsair Dominator series really shows off what DDR5 RAM can do. Now